Gearing Up For The New Year: The Power of a 12 Month Contract For Successful Membership Management 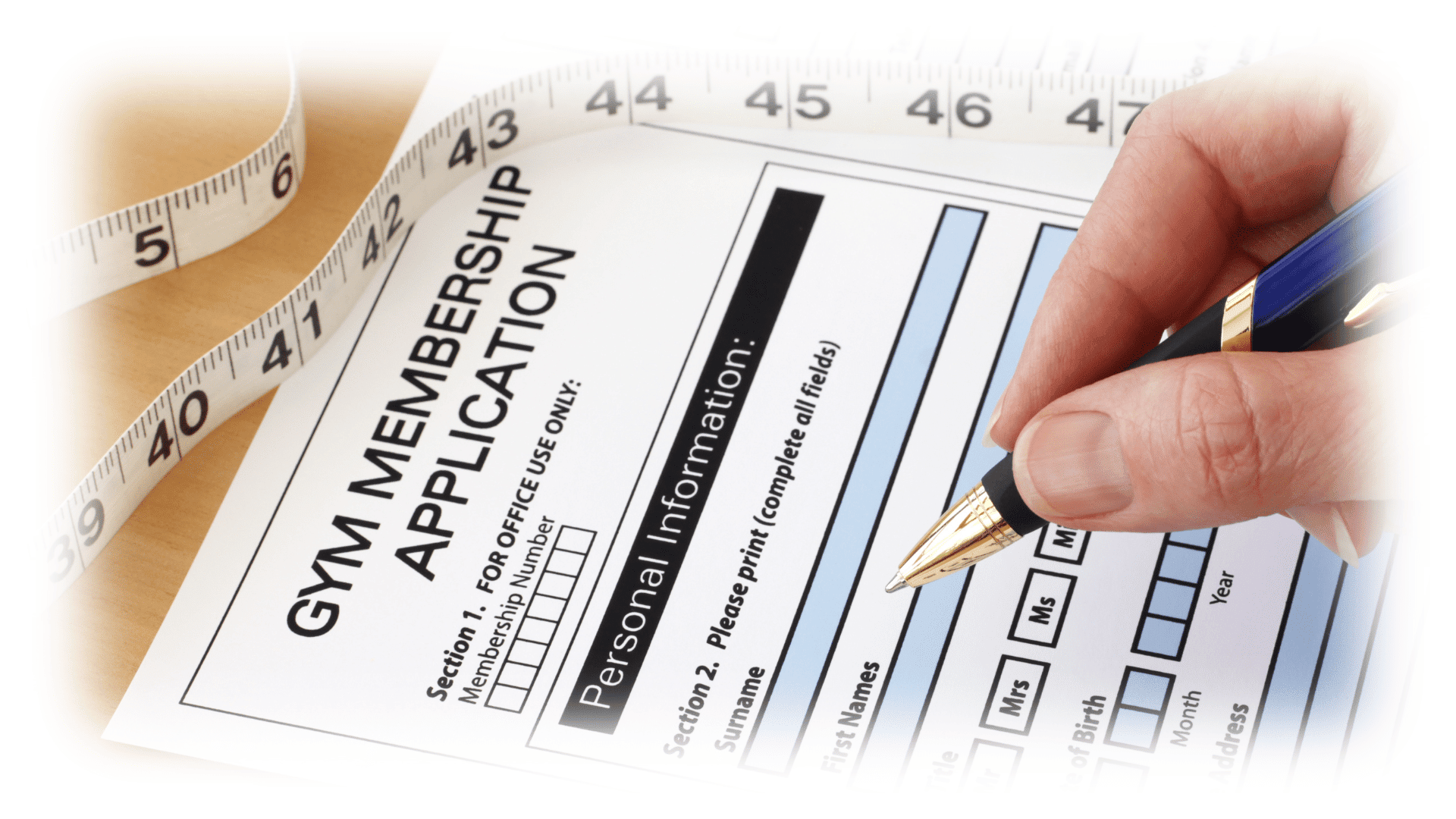 As the new year approaches, here at Ashbourne we are looking at how we can support our gyms as we enter 2023 and what we are able to offer members in order to stabilise a gyms income.

The 12-month contract is a concept that needs little introduction, and for good reason. A staple in the fitness industry since the 1970s, the 12-month contract became the dominant form of contract agreement in Gyms and Fitness Clubs. It reached such an extent that, to borrow a popular phrase from the time period, it seemed that ‘there was no alternative’.

However, with the rise of the internet and the budget chain gyms that have come to define city centres across the UK, the temptation has been to shift away from the 12-month contract. Is this fiscal prudence or another part of the desperate ‘race to the bottom’ that these chains have prompted?

In today’s article, we are going to examine the place of the 12-month contract in the post-Covid-19 world, determining whether it is an ailing juggernaut that is running out of steam or a pillar of the industry that should only be shunned at great risk. Few things are as vital to a gym or fitness club’s continued success as its ability to successfully manage the members and extract their membership fees.

Click To Skip Ahead and Discover The Power of the 12 Month Contract!

2. Why are 12 Month Contracts Preferable?

1. It is more than just a more reliable income, it is predictability and marketability.

While it is a guiding principle in many different sectors, in the fitness industry there seems to have been a slight bout of amnesia when it comes to WHY the 12-month contract was a mainstay to begin with.
This is, of course, partly understandable. With the rise of the ‘budget chains’ it has, as I love to say, come to resemble a race to the bottom. And under such pressure, it is natural that gym owners would look for an attractive, low-commitment response.

But as with all business decisions, it is important that we look at why this reaction is happening, without mindlessly citing that it is because ‘others are doing it.

We will cover attrition, loss rates, and non-payers (something of a specialty for us here at Ashbourne) later. But safe to say in our experience most of your members will be honest and pay on time. Most, if not all, should be signed up to direct debits so the act of manually paying has somewhat disappeared from the market.

We are now going to do a comparison of what an independent gym or fitness club owner can infer about the state and the value of their business if they engage in 12-month contracts or 1-month rolling contracts.

First for our comparison, we are going to look at an independent gym or fitness club that uses 12-month contracts.

For the sake of hyperbole, we shall say this Gym only has 60 members.

Membership is worth £30 a month. For a full 12-month span, therefore, the gym or fitness club owner in question collects £360.

Keeping in mind that this is done with an intentionally low number and a below-average, non-variable membership rate. Even still, just on these numbers alone, our gym or fitness club owner is still on track to make just shy of a contractually guaranteed £13,000. Even if he didn’t sign another member for the whole year. We will get into non-paying and loss rates later, but in our experience as a membership management company, this number pales in comparison to the majority that pay, and pay on time.

Now let us compare this gym or fitness club owner who works with 12-month contractual agreements versus another club owner who doesn’t and what happens to them if there are no 12-month contracts in place. Suddenly there is no guaranteed income and specifically, no lowest guaranteed income. Essentially this means, to both the gym owner and any relevant business interests, all that is guaranteed is the cash that is going in at the end of the month. 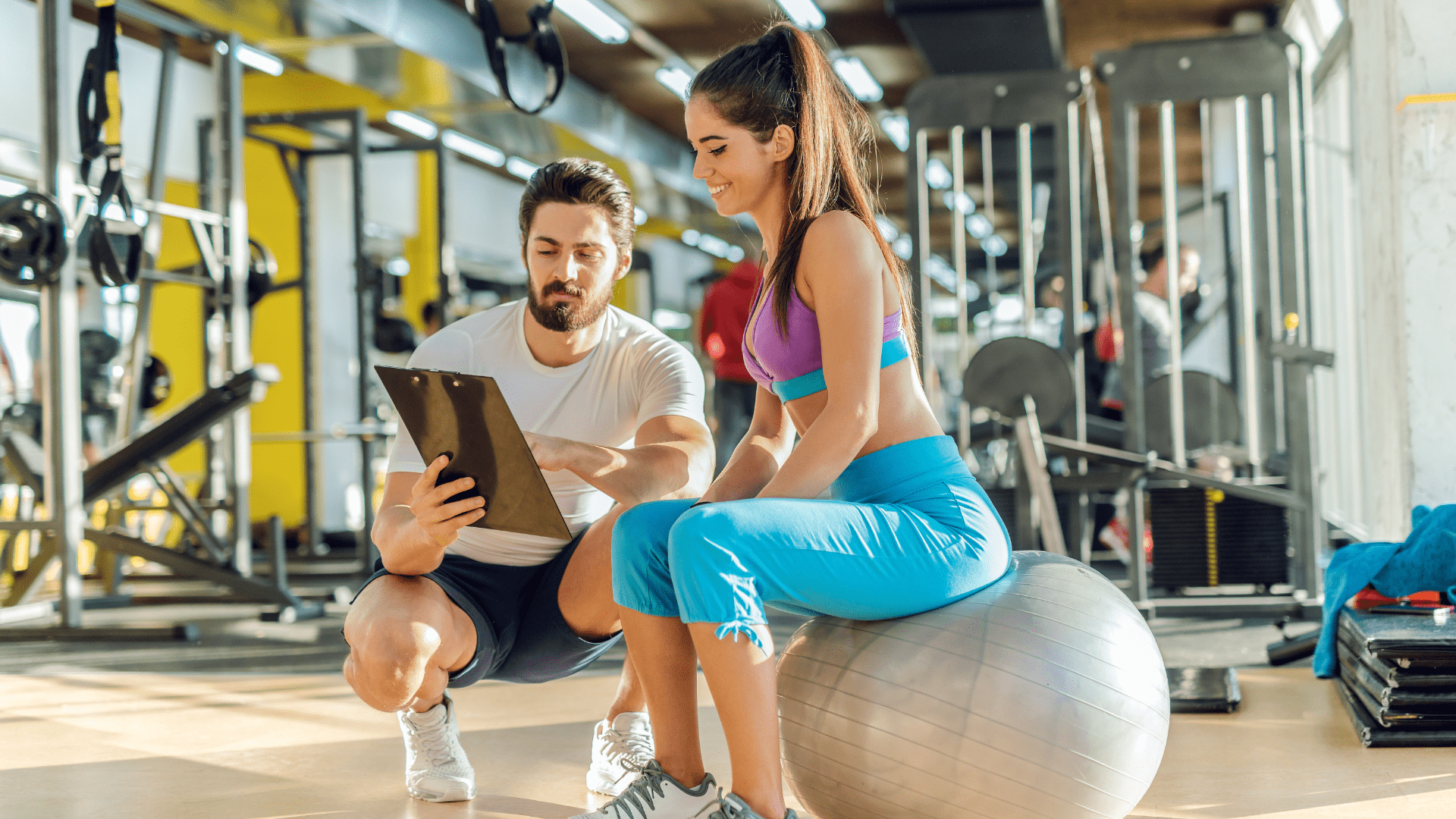 So now we go to the tale of two owners who are trying to sell their gyms. The only thing they differ on is that one has primarily 12-month contracts, and the other does not. Both have assets, which are either the lease to the property or the property itself as well as any equipment and the like.

For our one-month membership gym owner, that is pretty much all she wrote. But for our 12-month gym owner, not only do they have all of the above. They also have a very pleasing stack of contractual obligations linking the owner of that gym and the existing membership. Not only is that an asset, but it is also a guarantee.

Without that guarantee, any potential buyer (or even investors) faces a very real uncertainty when viewing a gym. If there is a firm, legally binding contract in place across the majority of the membership, this helps provide a picture of what the immediate future of the gym looks like. This is even more vital when it comes to selling, as it means the new owner or owners will have time to convince the current membership that they should stay.

The same applies to any changes that need to be made. This doesn’t need to be from a new owner but also applies to internal changes an existing owner may wish to make. Without long-term contracts, members can easily vote with their feet within a month if required. If a popular member of staff needs to be let go, or something needs to be cut back due to the current cost of living crisis. In a short-term contract scenario, members can organise in a month and leave. If they are signed into contracts of various lengths, that sort of rebellion becomes all but impossible.

As such, you can see that the argument for securing cash flow through contracts is not something that can be discarded with the ease we sometimes see in the modern fitness industry. From the perspective of membership stability, investability and sellability, a long-term contracting system provides a lot of tangible benefits.

Even if a gym owner has no desire to sell, for the simple health and stability of a gym or fitness club it is advisable to look into this method.

2. Why are 12 month contracts preferable?

While 12 month contracts don’t fully protect a gym from the attrition of membership loss, they can help mitigate a large swathe of it throughout the churn of a normal business year (remember what those were like?).

The reason that monthly contracts come up short in our mind is that monthly losses, by their very nature, are separated. This makes the attrition of a year look different when compared to monthly membership totals.

To take some example statistics that have been seen.

Opened ended, monthly renewal attrition rate  = anywhere between 4% and 8% in a given month.

Twelve month contract attrition rate = less than 1% a month, or between 9% and 12% annually.

With even these generous figures, it becomes clear that the illusion of stability and sustainability granted by monthly open ended gym memberships is just that, an illusion.

The reason for the widespread adoption of this system? A short time rise in sales. Often you will hear the same story ‘We switched to primarily pushing for one month open ended contracts and our sales skyrocketed’. All well and good. Potentially even true. But as the late, great Jimi Hendrix once said, castles made of sand, fall into the sea, eventually.

While the sales may skyrocket, keep in mind what they are selling is 1/12th of the value. Doesn’t sound so great does it? 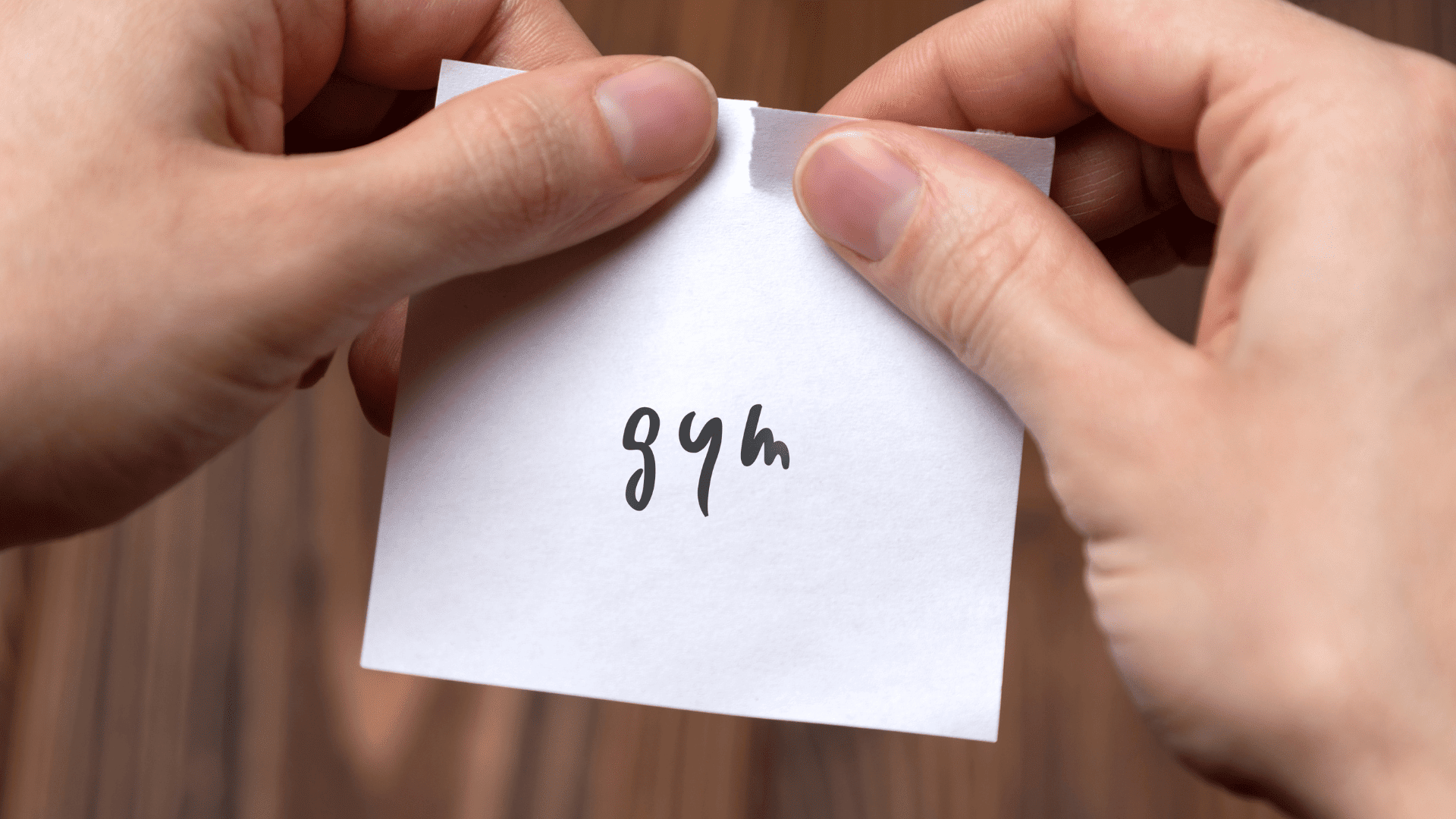 3. Methods for collecting money, why it is important, and some thoughts on month-to-month membership.

As with any aspect of a successful business, factors flow into one another. One success can be supported by a multitude of factors. One failure can have multiple repercussions. Very little happens in isolation.

For the amount of effort it takes to build membership on either a monthly rolling basis or a 12-month contractual term, it is important to make sure that 100% of the contractually obliged money is collected.

A common mistake we see with gyms and fitness clubs that aren’t partnered with us is that they over-sign and struggle to collect. It is a story as old as time. The more members being processed manually, the more will slip through the cracks.

So ask yourself these three pertinent questions:

Do you have enforceable contracts in place for all your members?

Do you have exact numbers on how many of these members are in each tier, be it 1 month, 3 months, or 12 months?

Is your membership being managed by a third-party financial specialist?

Well, we can help you with the third. Here at Ashbourne, we have over twenty-five years of experience in the fitness industry, servicing, administrating, and collecting gym and fitness club memberships from facilities across the UK and Ireland.

From our bespoke software to our membership collection team, every aspect of our business is set up to ensure your members receive the best service and you receive every penny or cent of your contract.

With contracts built to suit you and your business, we are able to help give you the stable base for growth we’ve been discussing throughout this article.

Interested in finding out more? Don’t hesitate to book a demo with our team today.

We hope we have highlighted why a 12-month contract could be the answer for these troubled times. While it may initially feel counter-intuitive, there is nothing wrong with striving for a stable income.

A 12-month contractual agreement with your membership could unlock hitherto unknown stability within a gym or fitness club. And by working with a third-party membership management company, you can ensure that your foundations are solid and secured.

So while the 12-month agreement may seem like a relic from a more civilised age, we would argue it has its place in the modern arsenal of gym owners. Don’t be lured by the short-term satisfaction and sales boost of a monthly contract. Both have their place in the modern market. 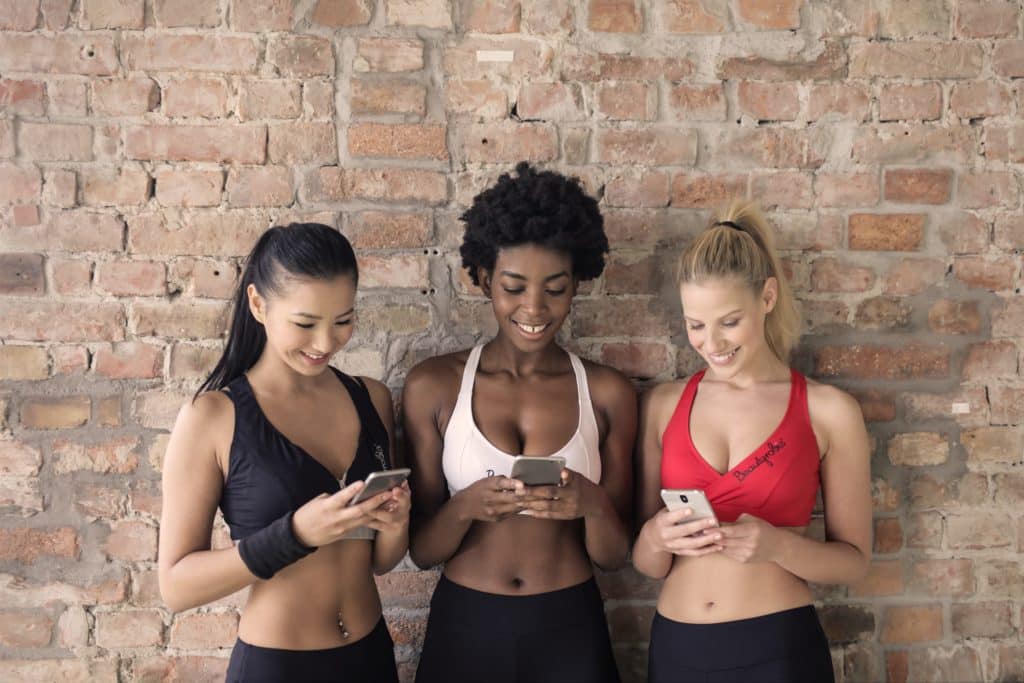 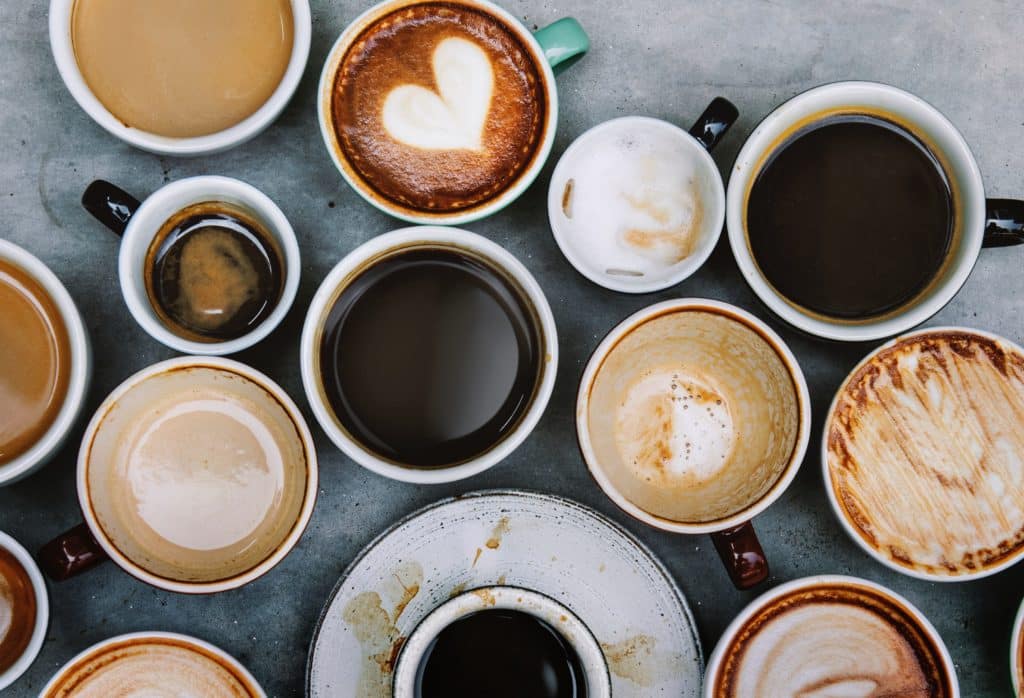 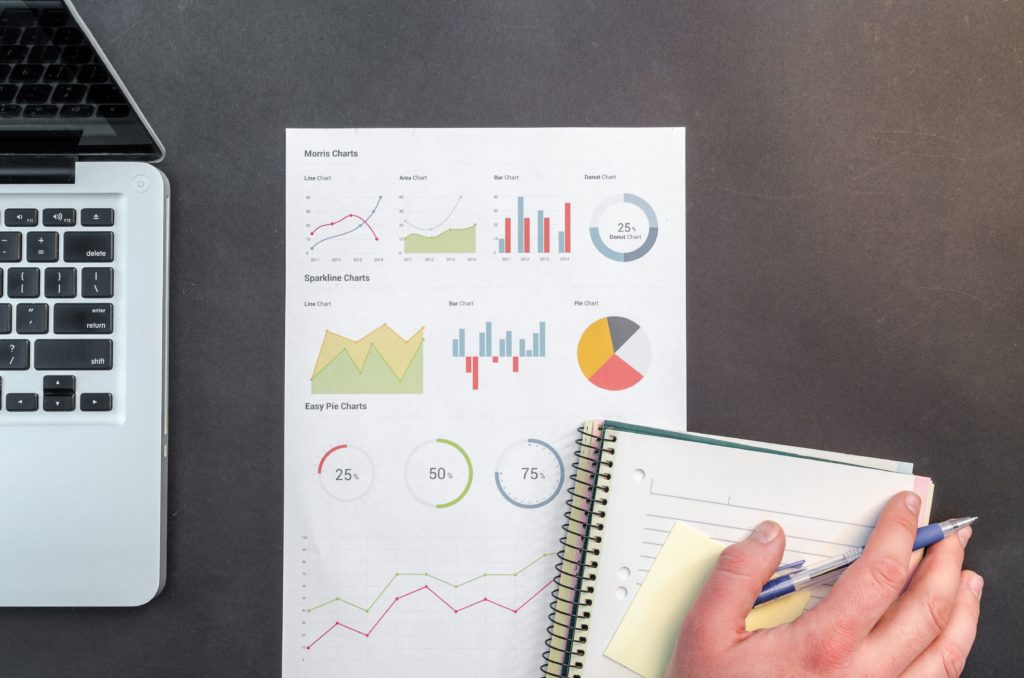 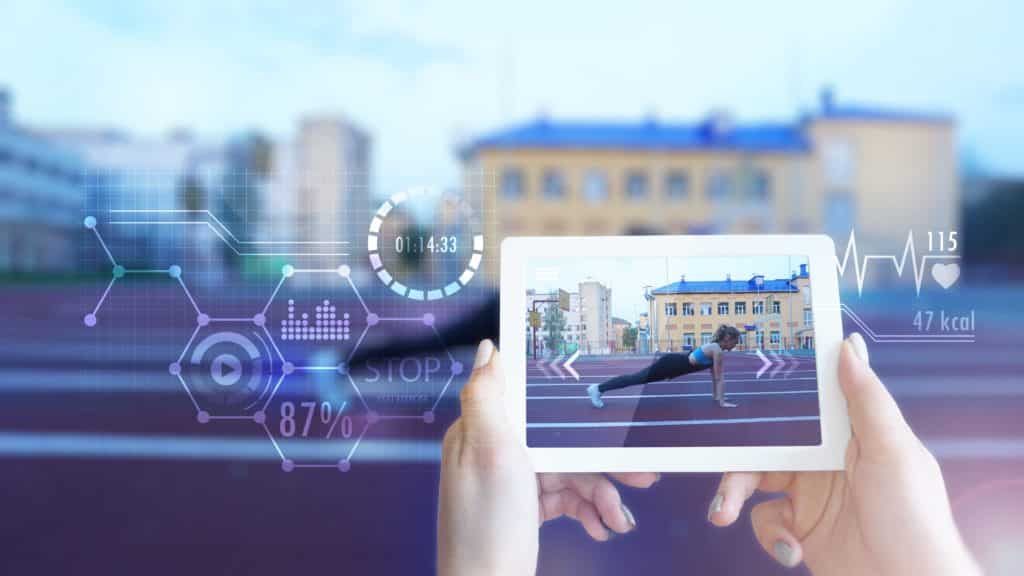